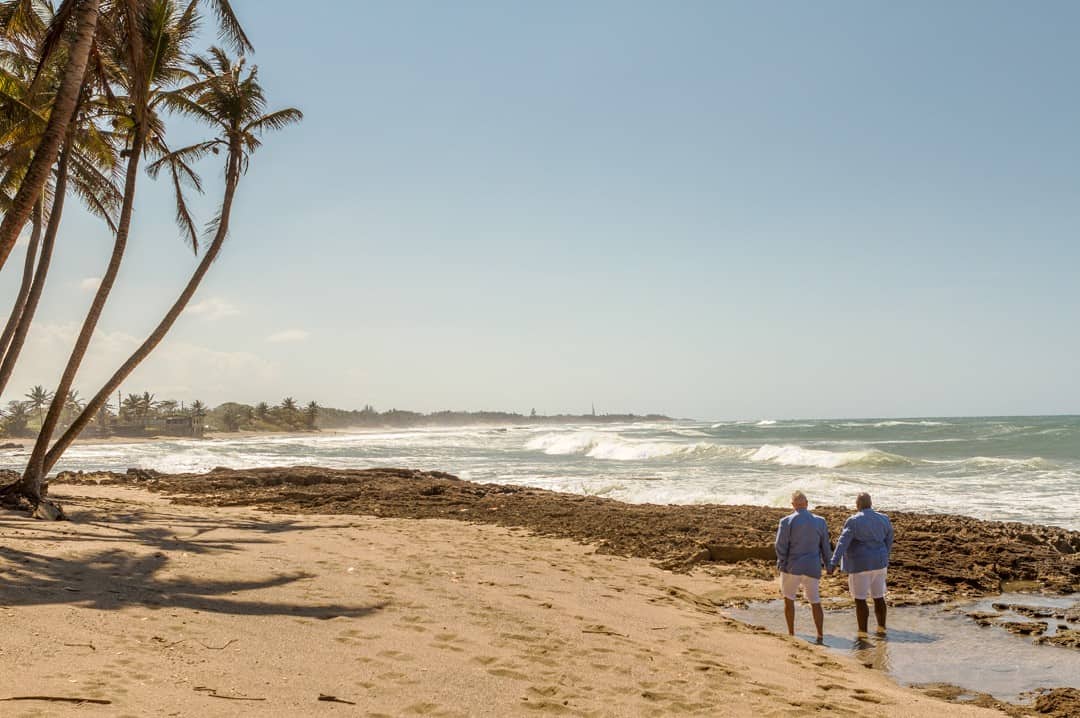 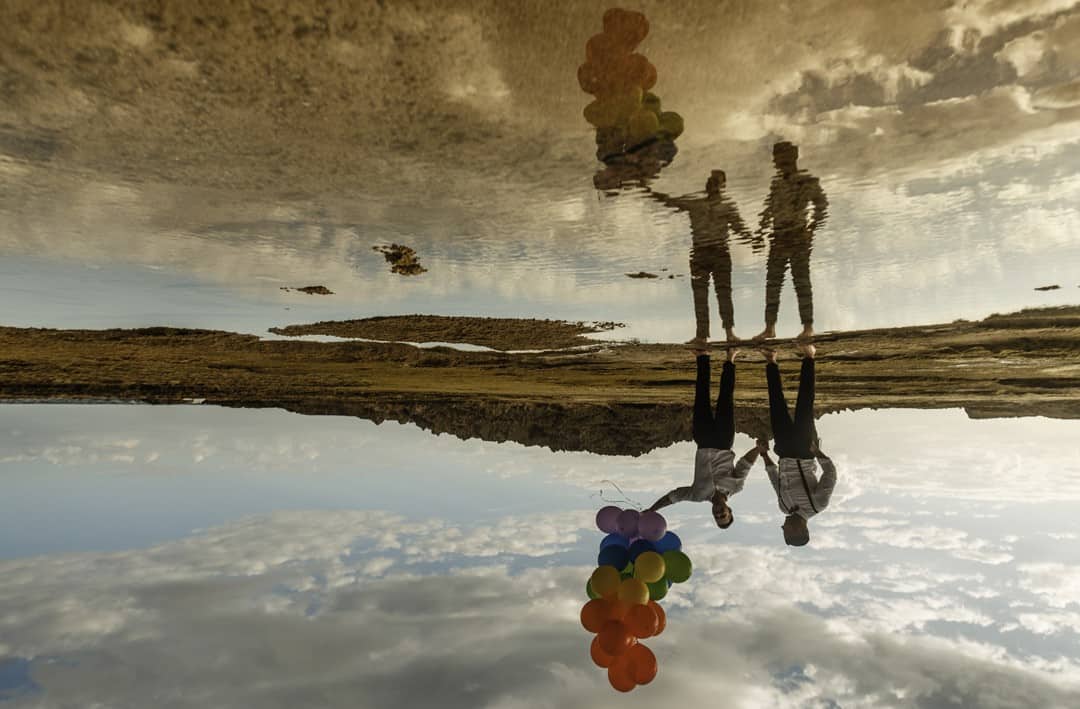 #5 Jorge & Alexis brought rainbow balloons, which were absolutely gorgeous in aerial drone shots over stunning tide pools and rock formations that could be directly out of Jurassic Park: Tropical Beach. 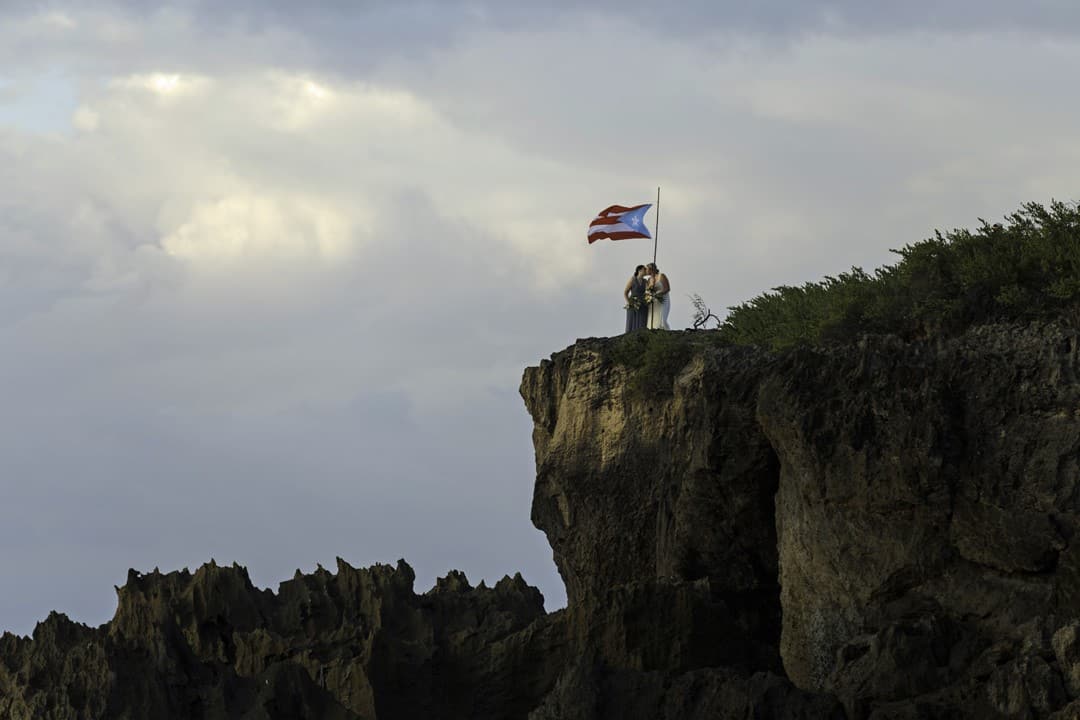 #4 Bailey & Lindsay chose as their gay wedding destination a rocky cliff area, with dramatic lookouts among boulder formatins. They hiked up to the top of the cliffs for a gay wedding wedding photo shoot afterward, under the PR flag.

#3 Jen & Donelle chose Old San Juan as their gay wedding destination, but the truly epic touch was provided by Mother Nature: a rainbow during their photoshoot in the streets and overlooks of Viejo San Juan. 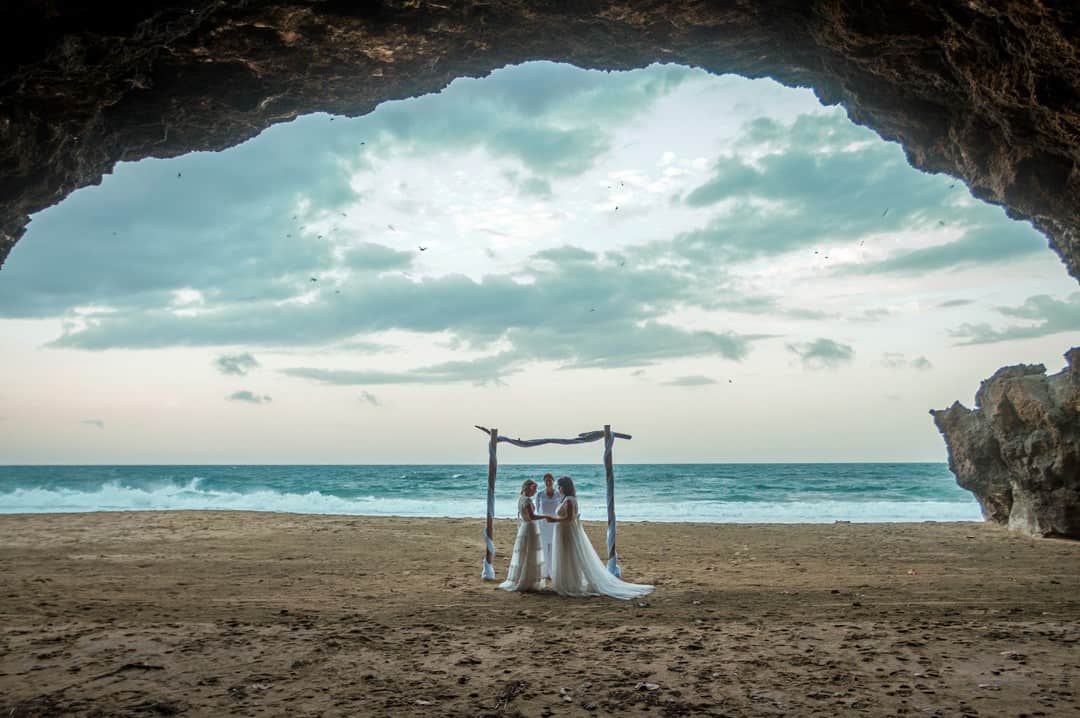 #2Chloe & Kyla’s wedding day was one for the ages. They were married at the base of a cliff, in an open-air cave that is only (sometimes) accessible for three weeks a year. It might be the most epic gay wedding destination ever.

#1 Jeff & Jeff disembarked their cruise ship in the morning, traveling in style to this amazing deserted beach for their epic gay wedding destination, and returning to the ship by mid-day to celebrate with friends. They’ve been together more than thirty years, and were so happy to be able to have their gay marriage, legal in Puerto Rico and their home state of Florida. How epic is that?

Check out some of our recent Friday Fives: Five Wedding Reading We Love, Top Five Unique Wedding Venues in Puerto Rico, Top Five Tips for Writing Your Own Wedding Vows 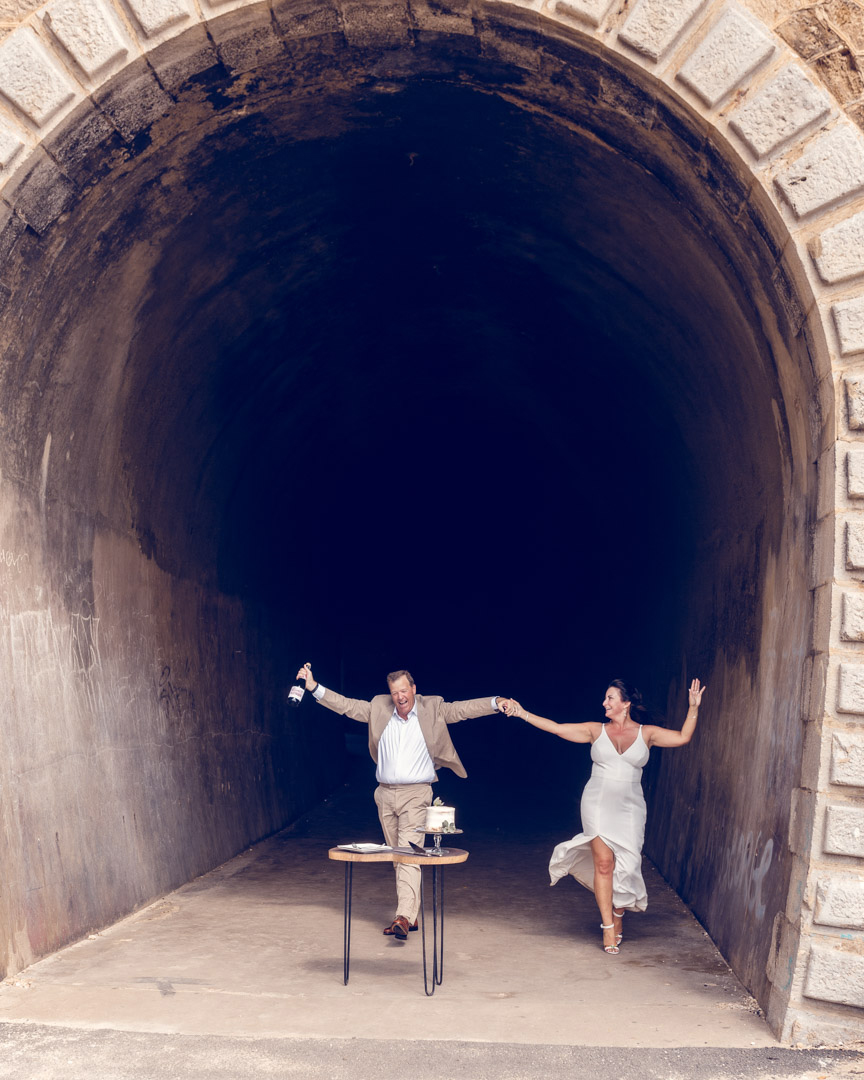